“What is an Epigram? A dwarfish whole, Its body brevity, and wit its soul.” -Samuel Taylor Coleridge (“Epigram”, 1809)

I scraped quotes by each author from various parts of the internet using BeautifulSoup. I wanted better familiarity with non-relational databases that weren’t using SQL, so I used MongoDB with pymongo, which I might actively prefer now. The number of texts collected varied - Rupi had a limited body of work, Shakespeare had plenty of writings to work off of, and Frost/Eliot/Wilde had enough to work with but would have been less repetitive and would have overfit less easily with greater input.

I performed a rough exploratory data analysis (EDA) on the texts to better understand the differences in their writing styles, in the hopes of better training individual RNNs with textgenrnn, which works on top of Keras and Tensorflow. For the EDA and beginnings of modeling, I used the popular nltk, gensim, vader and spaCy libraries. 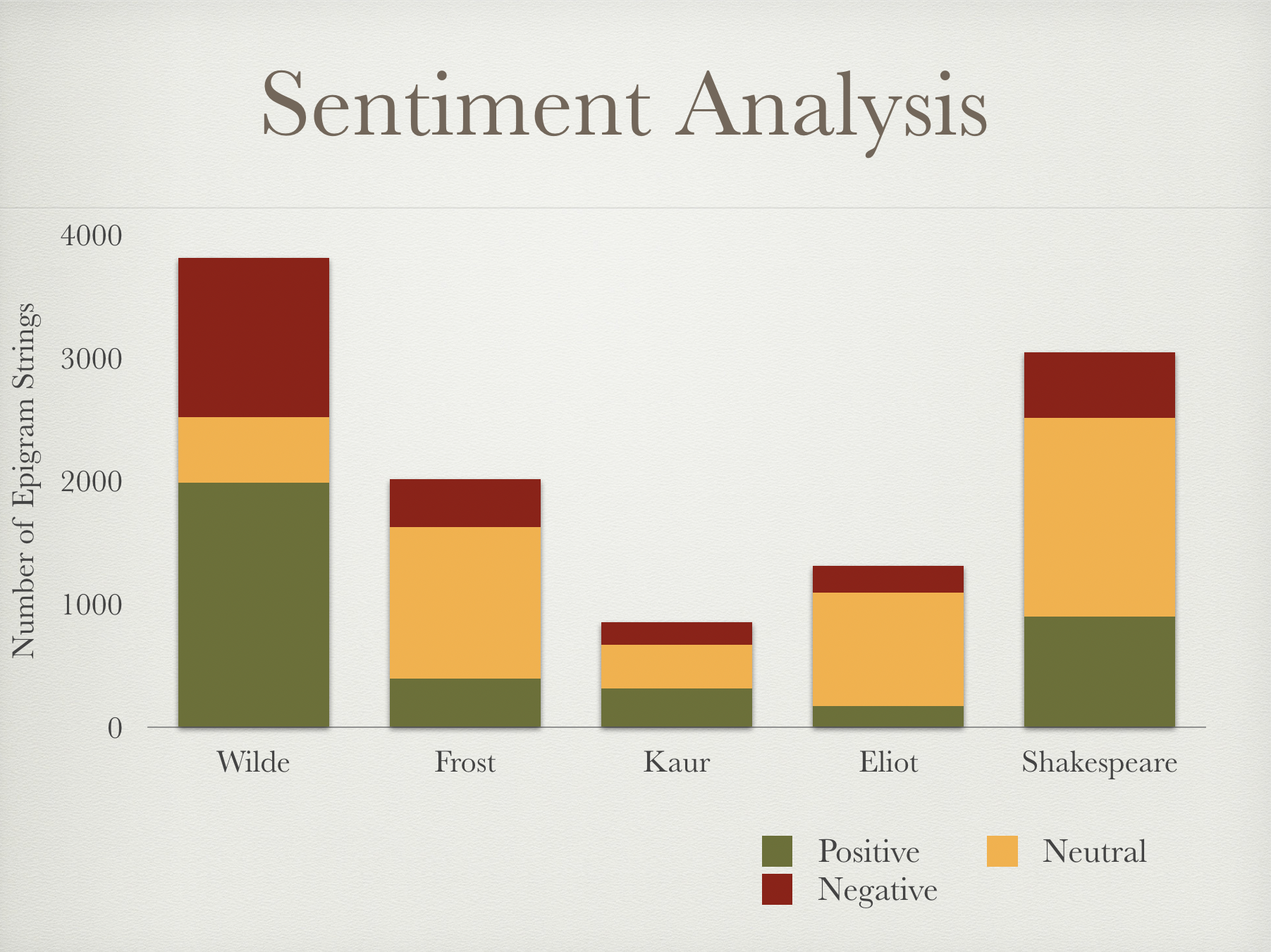 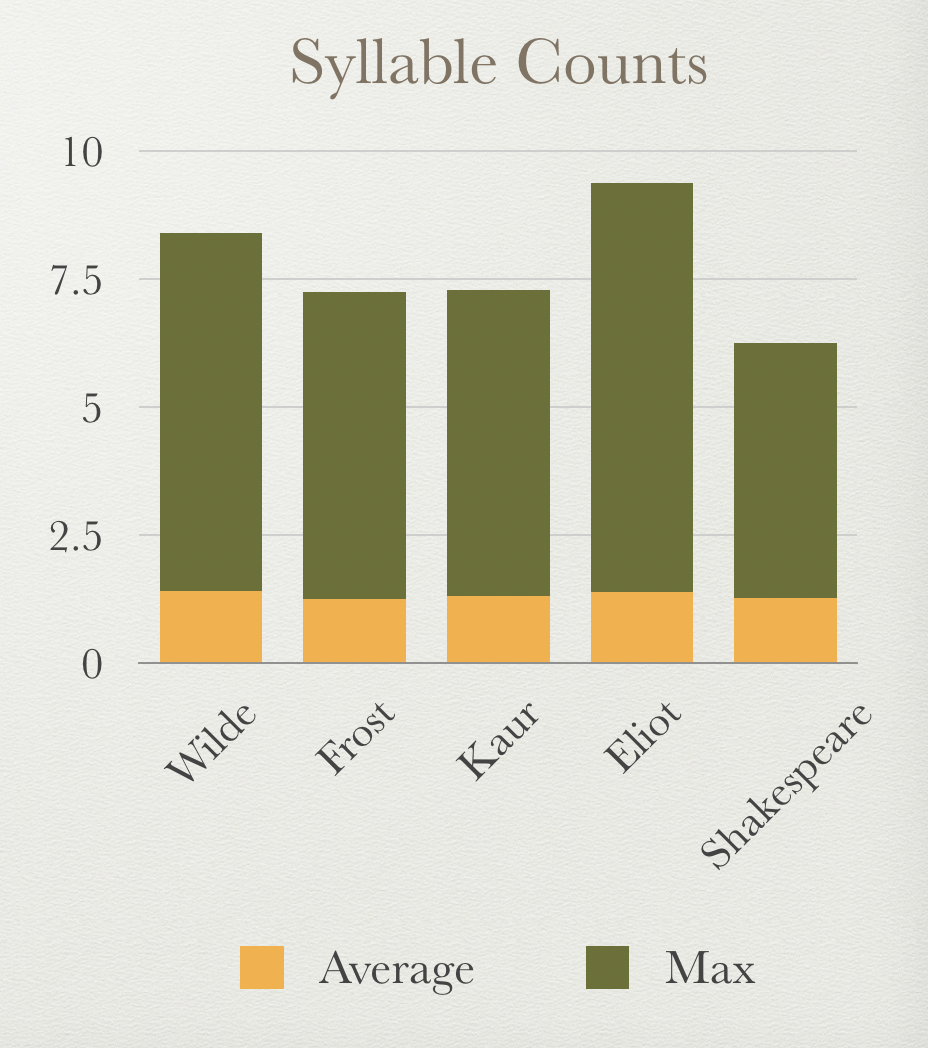 Insight into why the next two are bolded is necessary. The topic grouping achieved on these types of short texts can kind of vague, so I included quotes from each author that seemed to represent one of the topic-clusters (vague representations of connected ideas that appear together with a comparatively high frequency) contained in each bullet point on the left. 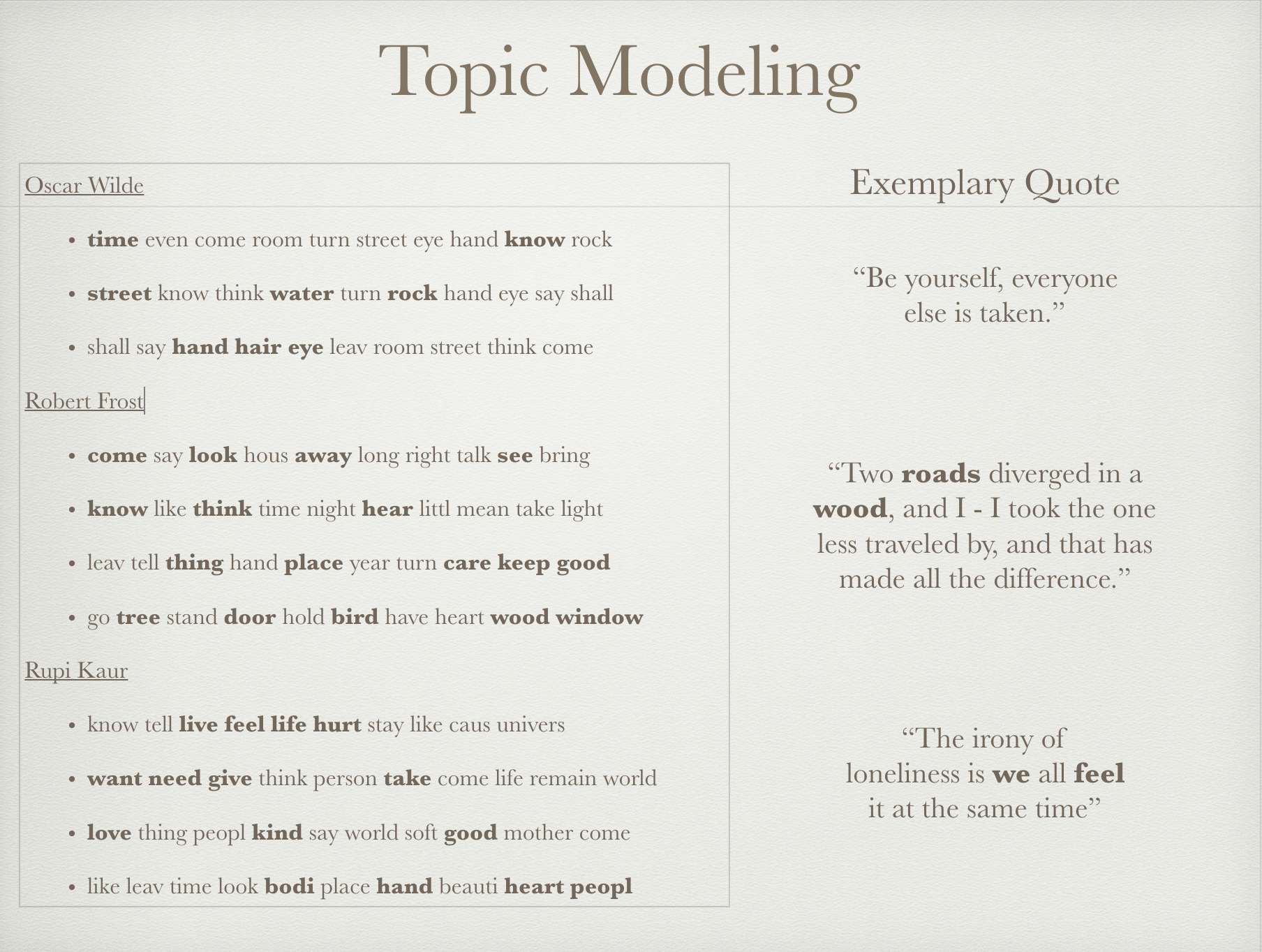 I will eventually host the Flask app I created on Heroku for others to play with and to collect the really good ones people come up with.

Until then, here are a few favorites:

For the most part these sort of make a poetic sort of sense, but they fall apart in the last 20%. Here is where more data really would help, trying to do this with between 6k - 110k lines (depending on the author) is pretty tough in terms of patterns really being strongly represented by something like a neural network.

You can see more about the project details in on GitHub:

I’d love to extend this pipeline to quotes from Hunter S. Thompson and other writers in the future.