An iterative approach to thinking about goats

Well before I knew what armature wire was I tried to sculpt Baphomet, a symbol of duality of light and dark, male and female, and power in balance. I had never tried sculpting anything before and didn’t know not to use baling wire, found metal and a cast off wood scrap for this project, nor that oil-based clay would eventually leech iron from the metal, ruining the project with time. 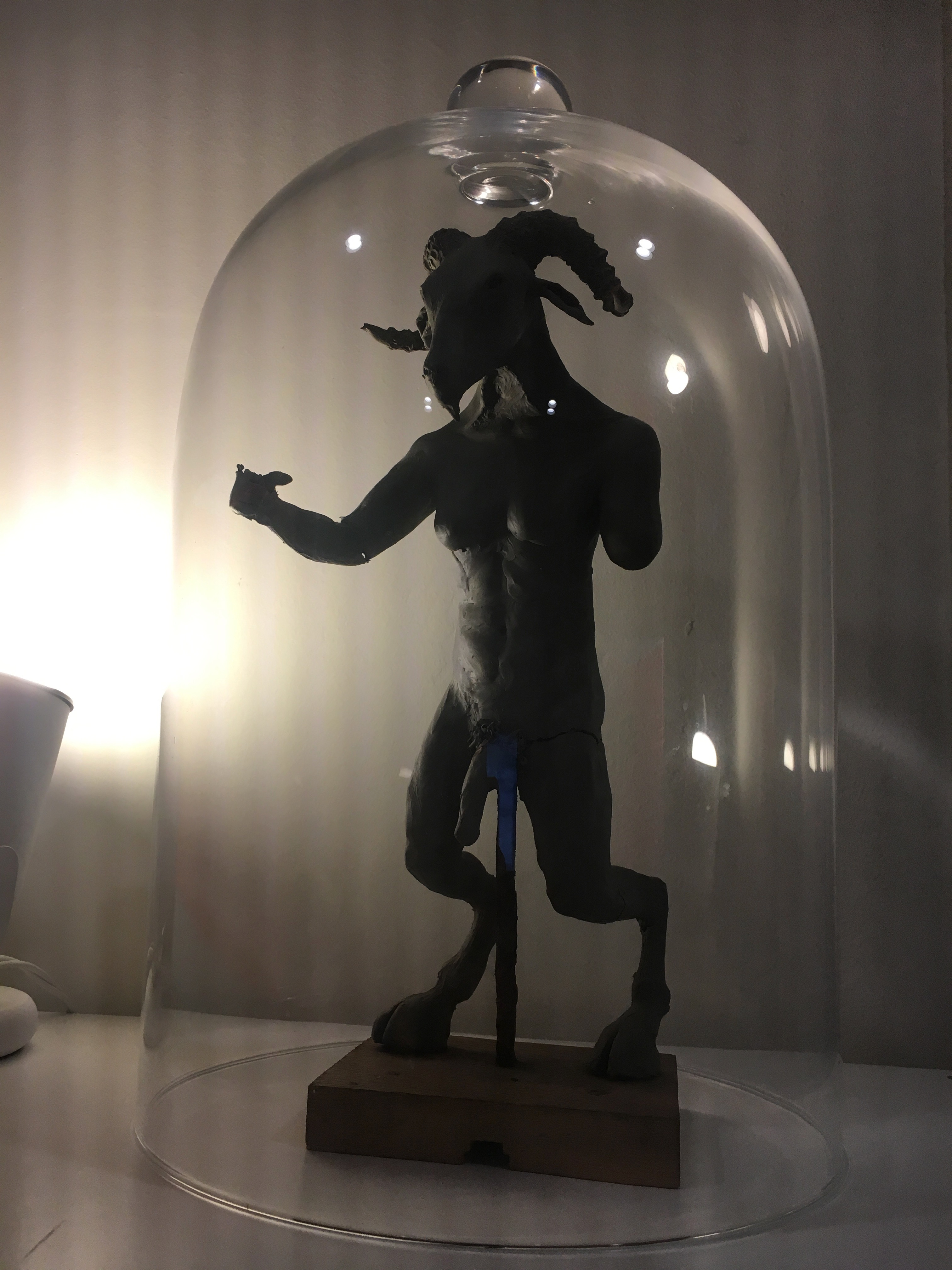 I learned a lot about trying to visualize shapes without a reference here - the project was hard without a few pictures of the same breed of goat to work off of for the head shape. This revision was the last of many before Baphomet was thrown out, the clay permeated with iron and ruined. 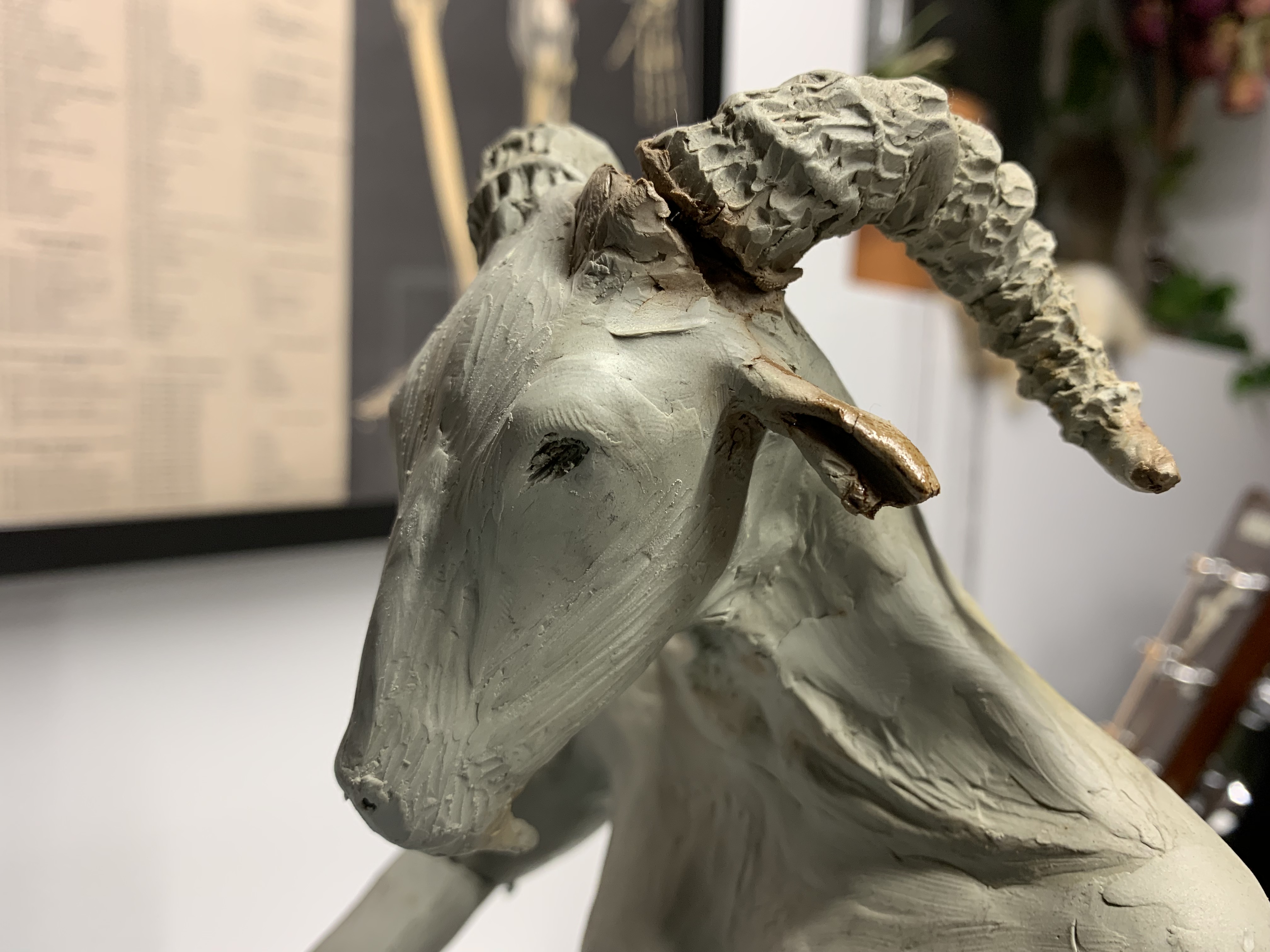 The statue was originally supposed to hold a staff, which I would also have sculpted. 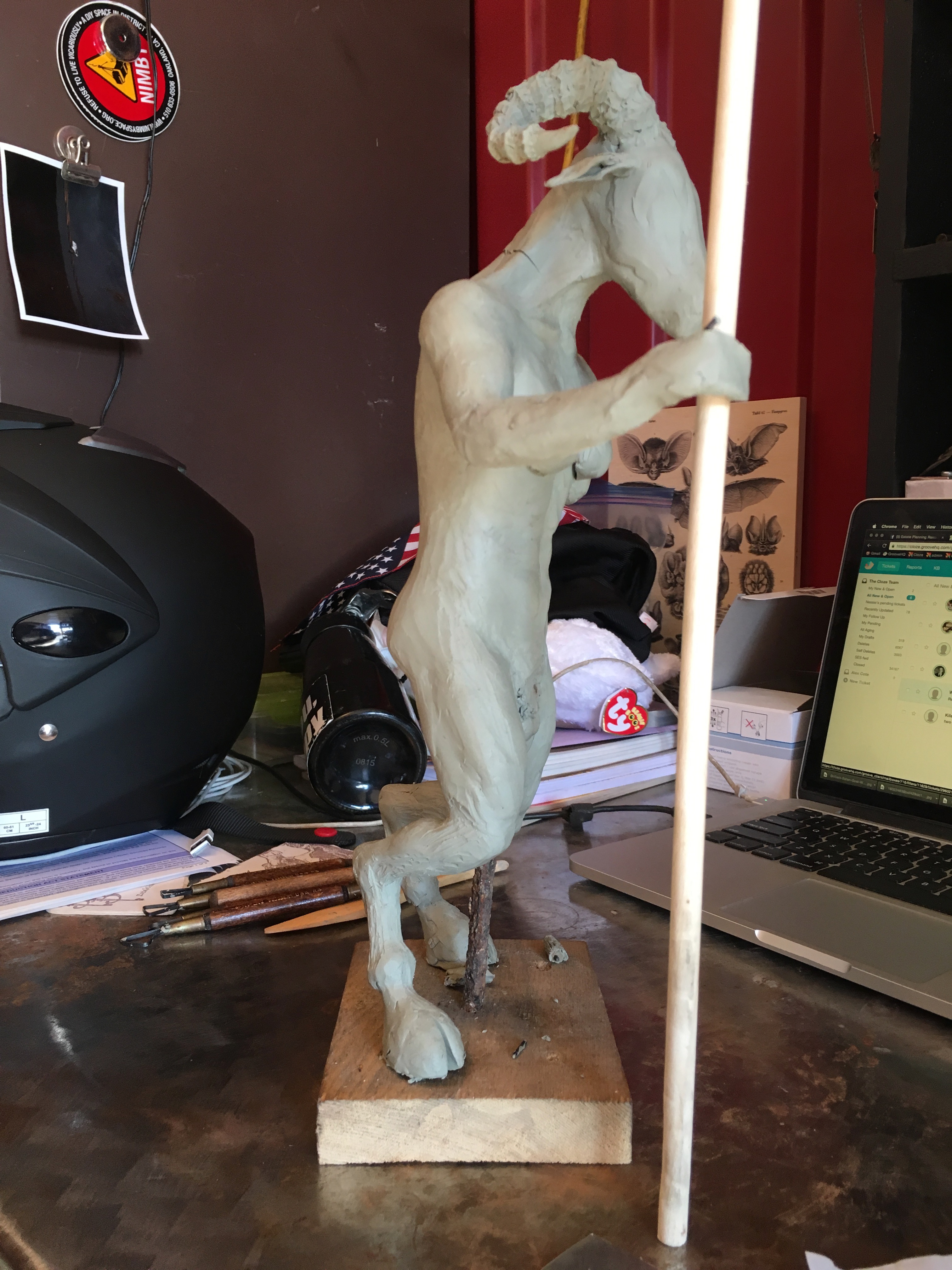 A few detail shots of parts I enjoyed nailing down: 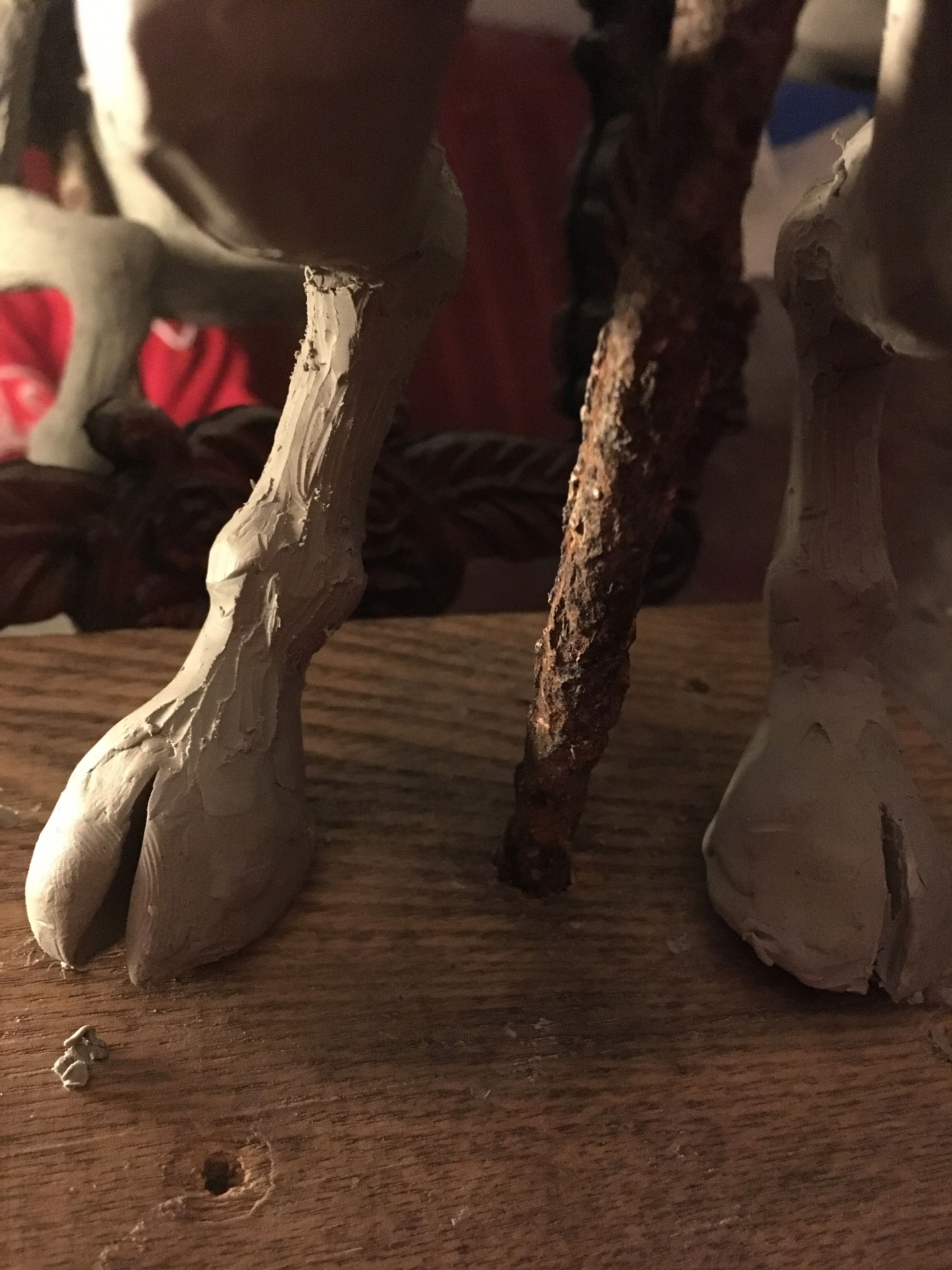 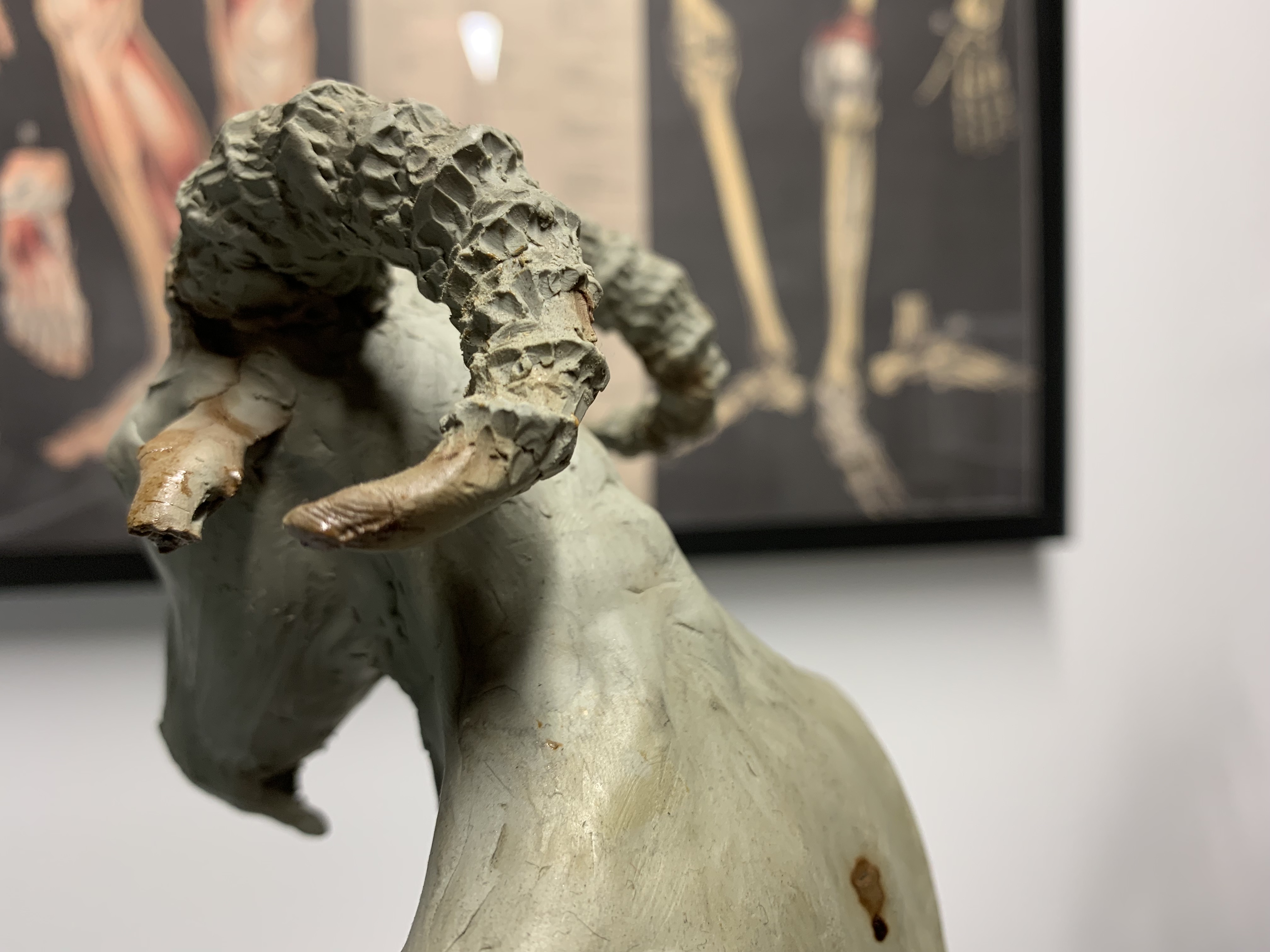