I folded one thousand paper cranes. 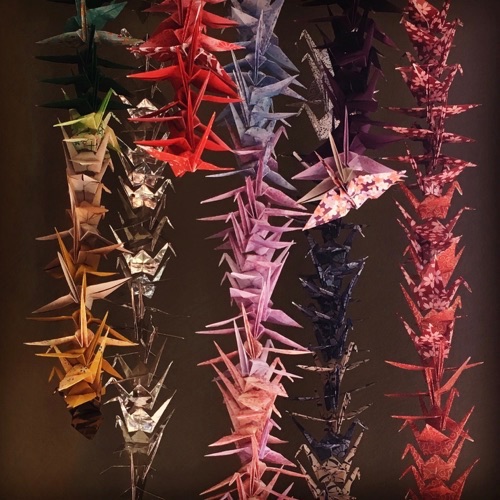 A while ago I was struggling to figure out how making art worked. My partner Estee is a talented and productive artist so I sought his advice. When asked what I should do to better motivate myself through that beginning period of suck, he suggested I make five of something as identical to each other as possible. This was supposed to help me understand what was within my control as an artist and what was subject to the whims of environment and material. I had been struggling with feeling like I lacked skill to execute my lofty aspirations - something all beginner artists experience unless preternaturally gifted. I didn’t like Estee’s advice much, so as a snarky response I decided to make 1000 of a thing instead. Thus, cranes.

Only about 700 of them have been hung at this point, almost two years since I completed the project. Approximately 100 are hanging in a similar coniguration to this in my living room: 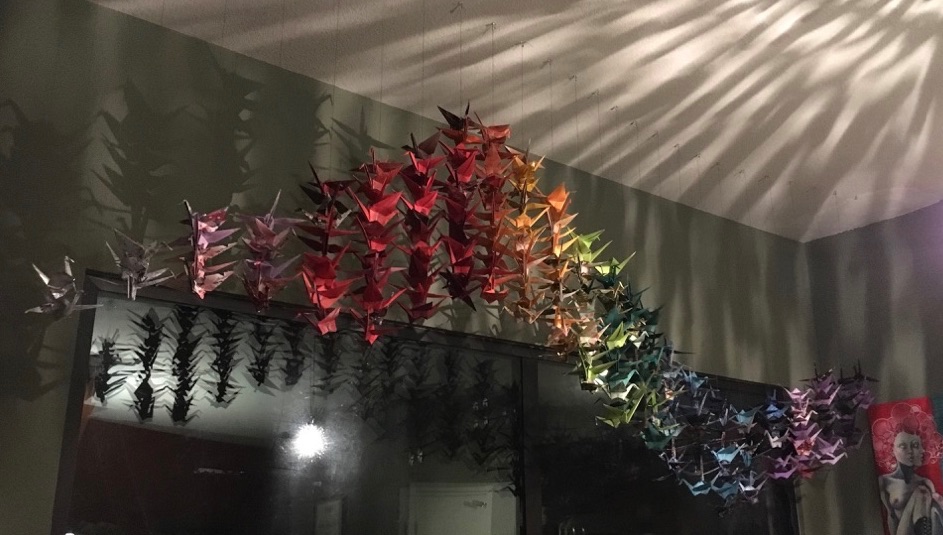 Laid out, the 1000 cranes take up the same area as a queen size bed. They are folded with larger paper(5”) than is traditional (3”) for ‘Senbazuru’, but I chose the paper I did because I thought they were pretty. I used a mix of foil and ‘traditionally’ printed paper. 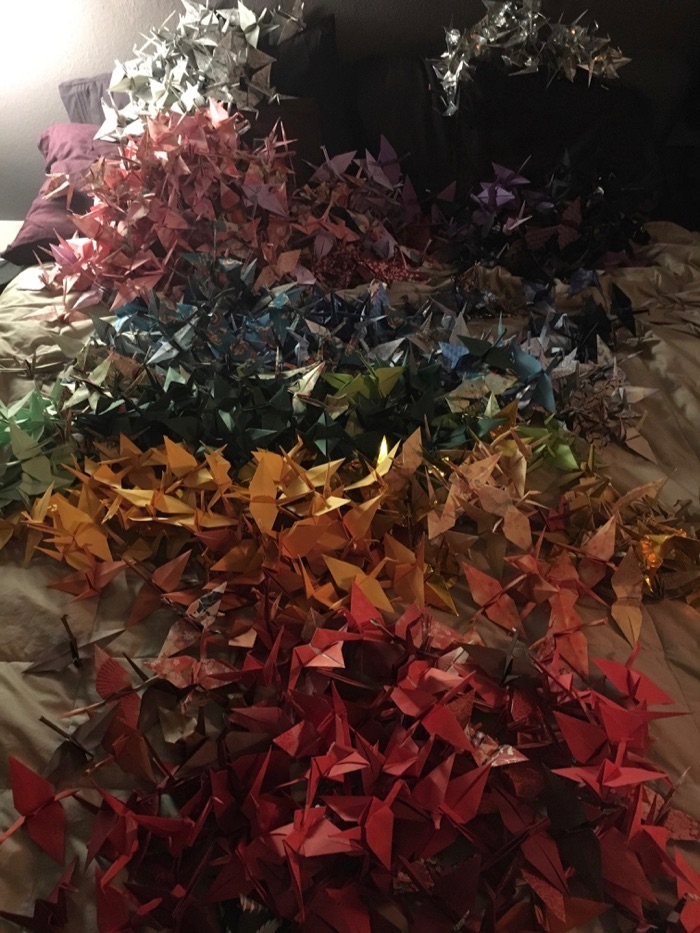 Another several hundred are hanging stacked in my bedroom corner, similar to what you see below but in a much more dense configuration. Most of these photos are from before we moved a yewar ago. The rest are in a box, waiting for my right hand’s range of motion to return, which I’ll get to in another post. 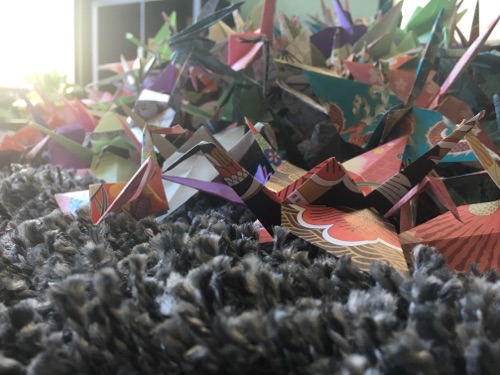